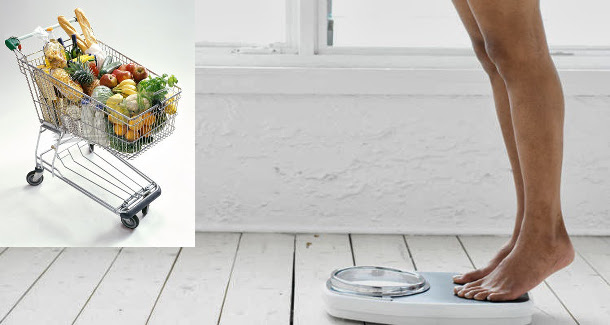 Contents hide
1 How To Get Slim Body Without Exercise
1.1 How To Reduce Weight
1.2 How To Become Slim Naturally
1.3 Eat Less Lose Weight
1.4 Food Shopping Tips

How To Get Slim Body Without Exercise

People think just because they’re exercising they can eat what they want. Unfortunately, it’s just not the case, 70 to 80 per cent of weight loss can be attributed to food. The right food rather than exercise is the key to maintaining a slim body.

When personal trainer Andrew Simmons first started his business he quickly became frustrated his clients were not losing weight. Then he looked inside their shopping trolleys. A treasure trove of forbidden treats; doughnuts, lollies, soft drinks and chips, were soon unmasked as the culprit.

How To Reduce Weight

Exercise is important, but it’s what you eat that’s most crucial. Simmons’ clients were so addicted to the “exercise equals weight loss” mantra, they would not shell out for, one-on-one sessions, to teach them how to eat and how to shop for it.

They would rather spend their money on a one-on-one exercise session with a personal trainer, he says.

His company, now conducts complementary training seminars and guided tours of supermarkets to teach them what to put in their trolleys.

How To Become Slim Naturally

Become naturally thin. Nutritionist Jane Gilbert teaches her clients not just to concentrate on the fat content, sugar content and glycemic index of food or whether it has a Heart Foundation or a Weight Watchers logo.

Turn the product around and look at the label for its kilojoule content, she says. This is the amount of energy the food contains.

Gilbert, says the average woman who wants to lose a kilogram a week needs a maximum daily kilojoule allowance of 4000KJ.

She suggests shoppers stick to the outside of the supermarket when they start their shopping and fll up their trolleys there first before venturing into the aisles where the forbidden treats are displayed.

That’s where your fruit and vegetables, your deli items and your meat are and they are the most important things to concentrate on. If you fill your trolley up with them you’re doing fine.

In the fruit section, some fruit has more sugar than others. Berries, rockmelons and pawpaws have less sugar content than bananas, watermelons, grapes and the concentrated sugar of dried fruit.

For prepared frozen meals, she recommends sticking to 1400kJ for the evening meal, as long as it doesn’t contain too much fat or salt, and is full of rice or pasta.

On his shopping tours, Simmons and his personal trainers convert the sugar content of food to a carbohydrate level and then estimate how much exercise it would take to “burn off” that amount of carbs.

People don’t actually understand how much energy is actually contained in different food and drink, he says. It takes about an hour to burn off a large banana.

A large coffee with cream would take 30 minutes on a rowing machine. A glass of orange juice has the equivalent of 20-30g of carbohydrate. It takes you 30 seconds to drink that orange juice and it has the same carbohydrate level as a sandwich.

You might be at a party and have six bourbon and cokes. That’s the same as eating 12 slices of bread. If you ate that much bread you would be labelled a pig, but society generally accepts that it’s OK to drink that much at a party rather than eat that much.

Simmons says oats are best for breakfast, a time of day when some people can consume their daily allowance of carbohydrates in one sitting. If a woman can eat between 90-120g of carbohydrate a day, has a large banana, a glass of juice and some cereal for breakfast she’s blown it.

Gilbert says high fibre cereals such as Sultana Bran, Just Right, Fibre Plus and Weet-Bix are also good altematives for breakfast but watch your serving sizes.

Portion control is very important. It’s amazing how little we need to live on, really, she says.

Eat plenty of salad vegetables with vinaigrette dressing. Eat a variety of carbohydrate-containing foods. If the main sources of carbohydrates in your diet are bread and potatoes, then try lentils, legumes, pasta, basmati rice and pita breads. Focus more on the serving size of foods.

Check the kilojoule content of all food. (Take your reading glasses to the shops if you need to. Food labels are written in fine print).

Watch the sugar content in everything; food, drinks and fruit. New so-called healthy drinks such as green tea iced teas and flavoured waters are hiqh in sugar.

ln low-fat frozen meals, avoid carb-heavy pasta or rice versions and choose meals that include just meat and vegetables instead.

Watch the slice size of your bread. Some super-sized brands have the equivalent of two pieces of bread in one slice.

Put avocado or tomato on the toast, rather than jams or spreads.

lf the children have to have flavoured drinks, add only enough Ribena or cordial to just colour the water.

Don’t fall for the 99 per cent fat free mantra. It still might be full of sugar, and therefore carbohydrate.

Berries, melons and pawpaw have less suqar than bananas, watermelons and grapes.

Make sure low-fat dairy options such as yoghurtt are not also full of sugar.